You are here: Home » About Tony Galvin 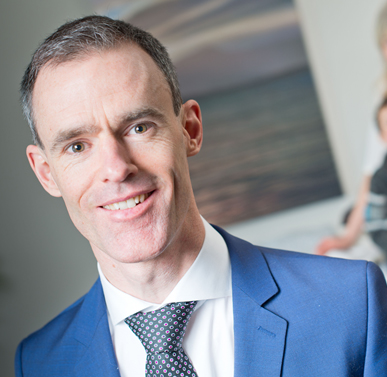 Back in 2008, in Sydney, Ruth, Tony’s wife was having trouble sleeping and medication made her drowsy by day and she was seriously struggling at work. She had tried a few different treatments for it and then one day she came home full of excitement. Ruth had her first kinesiology treatment. Very soon after her sleep began to improve, her energy levels went up and she started feeling like exercising again. She was getting her old self back. They were delighted and hugely relieved. Ruth felt like she had been given a lifeline.

Ruth recommended that Tony should go also. He knew something significant had happened for Ruth and his curiosity got the better of him. The impact was profound and the journey began.

As a child Tony had ADHD, (while not clinically diagnosed) had many of the symptoms, hyperactivity / restlessness, disruptive behavior, and impulsive. He was also hyper-sensitive and over-emotional.

The constant need to move, the urgency and pressure of a nervous system that can’t be calmed, eventually takes its toll. Tony started to burn out and became exhausted. That led to low energy, and low moods. This lasted for years right throughout his 20s.

Tony trained in Martial arts and meditation and that helped to balance him out. This required 2-3 hours of training a day in order to feel OK. 11 years later, having stuck pretty consistently to the training Tony had his first encounter with kinesiology and it completely turned him around.

Tony never thought that his first treatment would lead to a new career but the impact it had on him was profound.

He began training in Kinesiology for children with Dr. Alweena Awan, which began with a focus on primitive reflexes.

It was then that the pieces of his jigsaw came together and with it came clarity. Tony learned that his body was stuck in ‘fight or flight’ mode, mostly flight in his case, and was having to work against this impulse all the time. More importantly he came to understand that at 6 months old as a coeliac he came very close to death. Doctors at the time could not figure what was wrong. Tony’s survival reflexes took over at high speed and never really slowed down. He was wired into hyper-vigilance from that point on.

Having received specific kinesiology treatments for this survival ‘reflex state’ Tony was transformed.

Before that point Tony always felt under pressure, even if he had nothing to do.

As Tony would say “It’s like I was wired for war and now the war was over, peace had been declared.”

The relief was so monumental that Tony vowed to make the treatment of others his life’s work. That’s what drives him now. It’s evident from the moment you meet him that he brings huge passion and energy to the work that he does with adults and children.