What are Primitive Reflexes?

Primitive Reflexes are primal movement patterns that develop in the womb. They help us through the process of birth and to survive our early lives, and operate automatically – like the knee jerk reaction. As we mature from birth to two years of age, these reflexes become inhibited by the development of higher brain functions. As we learn to move in more complex ways – the more primitive ways fade into the background. They are still there but are no longer needed.

Shocks and traumas (sometimes ever minor ones) can prevent the natural process of inhibition and this can lead to the body retaining the primitive reflex and being somewhat ‘stuck’ in a more primitive mode. Symptoms can be seen in physical movement but also in emotional and behavioural states. 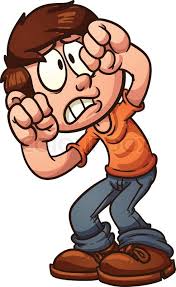 What can happen if the Primitive Reflexes are not inhibited?

If they are not inhibited at the appropriate time they are said to be retained. The Primitive Reflexes should be inhibited by 12- 18 months of age. If this does not happen, the person may have these or other symptoms:

What causes the Primitive Reflexes to be retained?

There can be many suggested causes but the major ones are:

The most significant Primitive Reflexes are;

This reflex is the first one we know about. It is essentially the freeze response and is designed to protect you from shock or pain. From my own clinic experience – it will very often become activated if the body / nervous system feels that is under significant threat. The person is temporarily removed from pain or the threat of pain by being ‘absent’. I’ve worked with several children and adults whose freeze response began because of a car crash.

Some of the symptoms of a retained Fear Paralysis Reflex:

This reflex is basically the ‘fight or flight’ response. Our most basic reaction to threat is to freeze – after that we either fight or run. And again, these actions are controlled by the primal or instinct part of the brain. As babies the Moro reflex occurs so that we can do something to announce to Mom that we are in danger – that’s the theory behind why it is there. So what does it make us do?

In tiny babies their reaction to threat is to fling their arms open, scream and go pale or red in the face. This is the early ‘flight or fight’ reaction. Later in life we will still do this action if we get enough of a fright.  More on the Moro Reflex here

When the Moro reflex is retained the person is ‘stuck’ in fight or fright and the feeling that was present when the shock occured (i.e. car crash) is being triggered.

These children may also react in one of two ways with their peers:

The reflex has a huge impact on feelings of safety and security. If a child doesn’t feel safe in general, then a whole host of symptoms may be present. Common symptoms include;

These symptoms may indicate a retained Palmar reflex.:

These symptoms may indicate a retained ATNR:

The mother’s contractions at birth stimulates this reflex and the baby’s movements then cause another contraction to occur. Hand- eye coordination is developed through this reflex: The baby turns its head, the eyes fixate on the hand stretching out or grasping an object. This is the start of awareness of distance. This reflex needs to be inhibited for smooth cross pattern crawling and creeping to develop. Trying to focus on the body position for writing and hanging on to the pencil so that the arm does not extend and fling it away, can require huge effort so it is not surprising that these children avoid written tasks & find school assignments reallystressful.

If retained you may see these:

This reflex like the ATNR plays a part in assisting in the birthing process- as the hip moves it helps the baby into the birth canal. The lower spine on either side is very sensitive to touch so stimulation such as the elastic in underpants or moving against the back of a chair can result in a squirming movement. Stimulation on both sides of the spine simultaneously can cause defecation or wetting if this reflex is strongly retained. It may also affect fluency and mobility in sporting activities.

If retained you may see these symptoms:

Some of these may seem contradictory symptoms. It is because there are two aspects to this reflex, one related to bending the neck down with the limbs bending & the other in tilting the neck back accompanied by straightening of the limbs. The development of this reflex takes the baby from its floppy curled up foetal position to one of strong muscle tone and the ability to straighten out & walk upright.

These symptoms may indicate a retained STNR:

This reflex helps the baby to defy gravity & get up on hands and knees to crawl. It enables the child to move the two halves of the body independently. If retained the child may not crawl on hands & knees but do a “ bear walk” on hands & feet or shuffle along on their bottoms. A very important reflex for training the eyes to cross the midline, looking from one hand to the other as crawling develops. In reading they need to be able to read fluently across the page without losing the words on the midline. Crawling develops interaction between the vestibular, visual & proprioceptive systems. Without this, balance, space & depth perception will be poor.