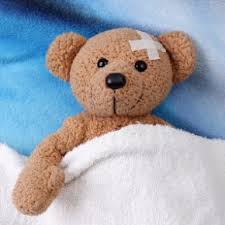 I’ve worked with many clients who have had concussion – either as part of a sport (often rugby) or from accidents like car crashes. They often come to me with emotional issues, such as, irritability, anxiety, rapidly changing moods, or temper outbursts. The person would often say they are ‘not quite themselves’. This can be weeks or months after the concussion.

There is a plethora of information about concussion and its impact online, so I’ll leave it to you to read that yourself. Here are some very good links;

In my practice -two primitive reflexes often test up relating to concussion; Fear paralysis reflex and Moro reflex. These reflexes are part of a primal survival system that everyone has. In fact, when you are a baby – primitive reflexes are a necessary part of your early life, helping you to survive. As you grow and mature you no longer need them.

However – at any stage in your life, a serious shock can bring forward the primitive reflexes. This happens because they are hardwired into the survival system. So in a car crash or head trauma the primitive brain becomes more active in an attempt to protect you.

In my experience this  survival aspect of the brain can remain over active as a result of  shock. By working on this it is possible to restore balance to the system and the person can re-settle. Essentially what you are trying to do is to convince the body that it is safe again. I use a lot of techniques from Chinese medicine to achieve this balance.

An example of concussion in Tony Galvin’s practice.

I worked on a 14 year old boy who was knocked out playing rubgy. He was unconscious for approximately 1 minute. All his medicals were clear but three months on, he had an underlying anger that he couldn’t seem to shift. Naturally his mother was concerned.

I did one session on him and it had a big impact on the day. He became very drowsy and almost fell asleep. But later that day the anger left him, to his and his Mom’s great relief. His delighted Mom sent me the following message, quoting her son 1 hour post treatment;

I feel like a weight has been lifted from my shoulders. For the first time in 3 months I don’t feel like punching someone in the face.

A good result for everyone in his life!

This boy’s case was mild, relatively speaking. In the cases of serious car crashes there can be a lot more emotional work to do as part of the balancing process. But the release of the primitive reflexes is often the key to unwinding the body from the more deeply rooted survival states. The work is absolutely fascinating and extremely rewarding.

You can also book an appointment with me at The Natural Clinic, Cork here http://thenaturalclinic.ie/kinesiology/#book

I look forward to hearing from you.

This site uses Akismet to reduce spam. Learn how your comment data is processed.