What are neuro-developmental exercises?

I regularly ask people if they crawled when they were a baby? It’s quite common to hear that they didn’t. Sometimes when you don’t crawl you can miss out on some basic movement patterns. And missing these movement patterns at this critical early time can have an impact on you, in all sorts of ways.

Neuro-developmental exercises help to re-establish these basic movement patterns, to allow your body to regain its physical fluidity. And this in turn can affect you at many levels; physically, emotionally, mentally – especially in learning. 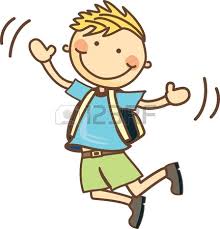 The need for neuro-developmental exercises in a client of Tony Galvin’s.

During a client assessment, I recently asked a 7-year-old girl, to march on the spot, like a soldier. As she marched it was obvious that she was raising her right arm and right leg together and left arm and left leg together. Try marching this way – it should feel odd!

But for this girl it was the more ‘natural’ way to march. She had skipped crawling and was a ‘bum shuffler’. So, her body never quite ‘got’ the movement pattern that crawling allows, i.e., moving the left hand up (or forward when you are on the ground) while you lift the right leg up – a movement most of us would take for granted.

Having carried out a treatment on her for a minor shock which appeared to have upset the body’s natural early development, I then prescribed a specific neuro-developmental exercise to allow her to develop new movement pathways. She found it hard at first but ‘got’ it after a week or so of practice. Her body is designed genetically to move in this new and more fluid way and after a while she just ‘took off’. It also lifted her mood and her concentration improved. It was as though she had moved on from being stuck.

This type of improvement process occurs with lots and lots of clients. 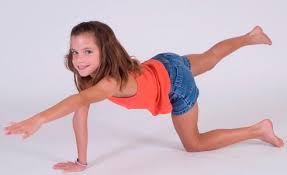 So, to summaries- if you skip crawling you need to do an exercise that mimics crawling. Sometimes the process needs to be broken down to more specific blocks but that’s the basic premise.

Crawling is only one example – there are many more movement patterns that can be missed and which neuro-developmental exercises can help retrain.

Your body has primitive reflexes built into it and they are operated at an ‘instinct’ level. They are old survival movement patterns which keep us alive in our early lives as babies. Sometimes they are retained for various reasons (in my view, it’s often because of shocks and early traumas) and the body end’s up a bit stuck in terms of movement.

There is lots of information about them here http://www.tonygalvin.com/primitive-reflexes/ . If they remain retained then they can play havoc with the person’s nervous system, creating all kinds of problems at mental, physical and emotional levels. Much of this work was developed by Sally Goddard and I studied this under Dr. Alweena Awan

When I came to understand, the impact retained primitive reflexes have on the body, it became really clear to me what was happening to lots of the kids and adults I was working on. They can often be the source of the lack of fluidity or ease of movement in the person’s body and the source of emotional turmoil.

I don’t usually ask a person or child to practice the exercises without receiving a treatment first. The purpose of treatment is to allow the body to free itself up and then the movement pattern can be done with far more ease.

How do I find out if I have retained primitive reflexes that require neuro-developmental exercises?

I conduct a simple 30-minute assessment with all children that come to me and often with adults. The assessment allows me to understand how you process information from your eyes, ears and other senses. I check balance, sound, touch and vision. From there I work out a treatment plan, tailored to the child.

If you would like further information, please give me a call on 0877876361 or you can make a booking at the appointments section of this site. I look forward to hearing from you.

This site uses Akismet to reduce spam. Learn how your comment data is processed.