To have a fear of new things is very important. It helps us to survive as we grow up. It stops us from taking dangerous risks and makes us approach things with caution. This is a wisdom we have learned as a species, and it has served us well. Sometimes however, our fear of new things can become heightened, where all new things become challenges too big to bear.

Thankfully there is help. Kinesiology can balance the excess fear and make it easier to take on new challenges. 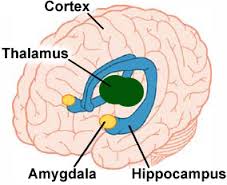 To understand the fear of new things, it is important to look at what happens in the brain and why. Primitive fears, which we all have, are controlled in the area of the brain known as the Amygdala. The amygdala controls our fight/flight response. It’s what makes us jump, when we get a fright. We have little or no control over it. It is also connected to memory at an almost automatic level. This again, is to help us to survive childhood; you’ll only burn your finger on a cooking pot, once!

So, if something gave you a bad fright at an early stage in life, the memory and the auto response become linked. That is why, trying to persuade someone that it’s all OK with just words, doesn’t usually work. Your rational side is not as dominant over your behaviour as your survival subconscious side. In order to bring about change we must relax the fear at the survival side.

Your primitive brain and Fear of New Things?

Within the primitive brain and related to the actions of the amygdala are  retained primitive reflexes. Specifically, the Moro reflex is understood to have a significant effect on fear of new things.  (Please click on the links provided to read about the method and these reflexes).

The Moro reflex is an automatic survival reflex which develops in the womb and is controlled by the amygdala. It helps us to survive our very early lives. For example, it causes the baby to take it’s first breath. It is a physical and measurable fight / flight response to threat. A trauma at the early stages of child development can upset the natural integration of this reflex, leaving the child in a state of constant stress. The severity of the child’s or adult’s problem, often relates to the level at which the Moro reflex has been over stimulated.

How can  Kinesiology balance this fear of New Things ?

Kinesiology is like acupuncture without the needles. When you get a good acupuncture treatment you can feel deeply, deeply relaxed. Often you’ll fall asleep. It’s a strange thing to be lying there with some needles in your forearms or head, and then feel the relaxed effect come on you. I love it! Afterwards I always feel like someone recharged my battery.

Traditional Chinese medicine takes the view that the body has a sort of electrical circuit system, with energy flowing through it. The energy flows in particular routes along the body related to the organs, and the acupuncture points are on these routes. When the Chinese Doctor checks your health and hears your symptoms, they are looking for indicators about which energy / electrical flow is either blocked, undercharged or overcharged. Then they use needles to encourage the flow of energy again to resolve the symptoms.

It’s a strange and amazing discipline. And the more I learn about it, the less I know!

Kinesiology is slightly different in that you are trying to bring about the relaxing effect – in relation to specific stress. So if someone has a fear of new things, then the stress will be measurable in them at a physical level and at an energetic one. In theory, what we try to do is balance out what their body and energy system is doing when stressed, so that the pattern of stress changes.

From a neurological point of view, this is what the brain actually does when healing takes place. Imagine you could view the activity in your brain when you feel the fear of new things. You would see that the amygdala was ‘fired up’and that other fight / flight related centres in the brain were also active. The key to healing is to change what the amygdala is doing. We must get it to relax. Studies on the effect of acupressure on the brain show that when someone holds specific acupressure points, specific areas of the brain ‘light up’ that relate to the effect they are supposed to have on the body. Acupressure effects the brain in a positive balancing way.  Great article here – Acupressure and the Brain

When I work with a child or adult that has a big fear, I first get them to relax as much as possible and then ask them to think about the fear. Sure enough they will feel their body changing from relaxed to stressed. Then I apply some gentle acupressure techniques until they are calm again. Often I’ll repeat this a few times until they no longer go into the heightened fear state. Now the body is staying relaxed while thinking about the fear. This is one of the processes by which I work to break the pattern in the brain.

The thing I love about the work is that everyone has a unique system and no two people will be the same. Breaking the patterns to create changes and de-stress the brain, is a creative process that I find fascinating and hugely rewarding.

Fear of Change
Over sensitive to touch